NEW DELHI: Hospitalisation due to Covid-19 increased significantly in September compared to the prev.. 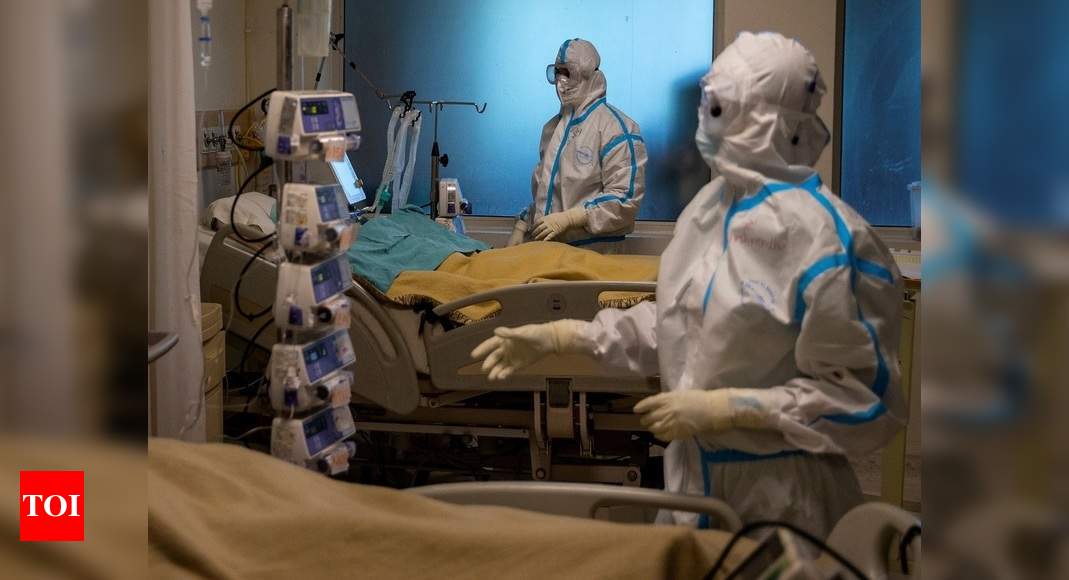 NEW DELHI: Hospitalisation due to Covid-19 increased significantly in September compared to the previous month but deaths in hospitals remained almost unchanged, official data showed.
During the first 16 days of September, over 12.3lakh Covid-19 patients were hospitalised — which is around 68% of 18.1 lakh cases hospitalised during August. However, 1.3% of hospitalised patients died between Sept 1-16, as against 1.5% during August 1-31, health ministry data, reviewed exclusively by TOI, showed.
However, deaths increased in terms of absolute numbers. More than 16,000 people died of Covid-19 in the first 16 days of September, which is almost 60% of 27,411 deaths reported in August. “It is true that infections are increasing and so are deaths but fatality has to be seen also with respect to hospitalised patients and total number of infections. We have managed to keep the death rate under control because of increased testing and timely treatment,” a senior official said. However, some experts said it may be early to assess the death numbers after the rise in cases.
“During the unlock phase, more and more younger people might be resuming work. When infected, clinical outcomes of young people will be better. The deaths may be mostly among the elderly and those wiRead More – Source

Nation wants to know when will Chinese troops be ‘thrown out’ of Indian territory, Rahul Gandhi tells PM

China stutters back to work as coronavirus deaths soar