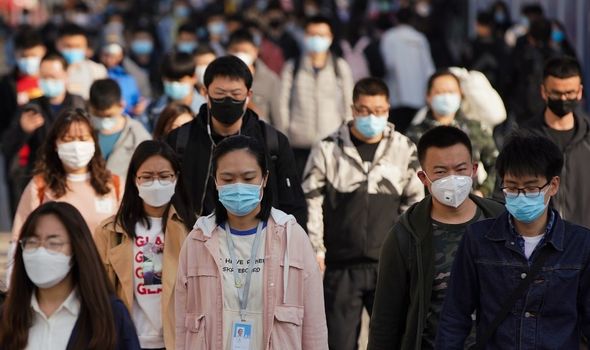 China’s state-media said the country will address its rapidly ageing population as part of the 2021-2025 new measures. Since the pandemic began, China has recorded 4,634 deaths related to the coronavirus and more than 86 thousand COVID-19 cases.

On Monday, China Daily said the country will give financial support to encourage couples to have more children.

According to Reuters, Yuan Xin, vice-president of the China Population Association, said: “More inclusive population policies will be introduced to improve fertility, the quality of the workforce and the structure of the population.”

In 1978, China introduced the contentious ‘one-child policy’ with an aim to reduce poverty when the country was experiencing rapid population growth.

The policy limited Chinese families to having only one child each.

Couples who violated the rules faced fines, loss of employment and were sometimes even forced to have abortions.

But in 2015, China announced that the restrictions would be relaxed in order to allow couples to have a second child to counter the increasing ageing population.

Zheng Bingwen, an expert with the China Academy of Social Science, told Reuters: “To proactively tackle the ageing population, urgent measures are required to reform our country’s family planning policies and liberate fertility.”

At the end of last year, the amount of people in China aged 60 or over was 254 million which made up 18.1 percent of the country’s population.

According to demographers, this number is expected to rise to 400 million by 2035 which would put huge pressure on China’s health and social care system.

Demographers have predicted that the number of citizens at working age could decrease by 200 million by 2050.

Last year, China’s birth rate fell to its lowest since the formation of the People’s Republic of China 70 years ago.

China’s ‘one-child policy’ has been blamed for causing a huge gender imbalance in the country.

According to figures from 2019, males in China outnumbered females by more than 30 million.

Since the start of the COVID-19 pandemic, the coronavirus has taken the lives of over a million people around the world and thousands in China.

But since March, China has managed to keep its new COVID-19 cases at a low level.

Last week, the Chinese pharmaceutical company Sinopharm said almost a million people in China have taken an emergency COVID-19 vaccine which is still in its testing phase.

Chinese authorities had already released a Sinopharm vaccine to certain groups of people in July, including Government officials and students, before the jab had been proven to work.

The pharmaceutical company did not detail which of its vaccines had been given to almost a million people in China.

But it said individuals had travelled to more than 150 countries globally and “there has not been a single case of infection after inoculation”.

During a virtual interview, Sinopharm’s chairman Liu Jingzhen said: “Only individual patients have had some mild symptoms.”

The coronavirus has so far killed over 1.3 million people across the world, according to the Johns Hopkins University tracker.

There are also more than 58 million reported COVID-19 cases globally.