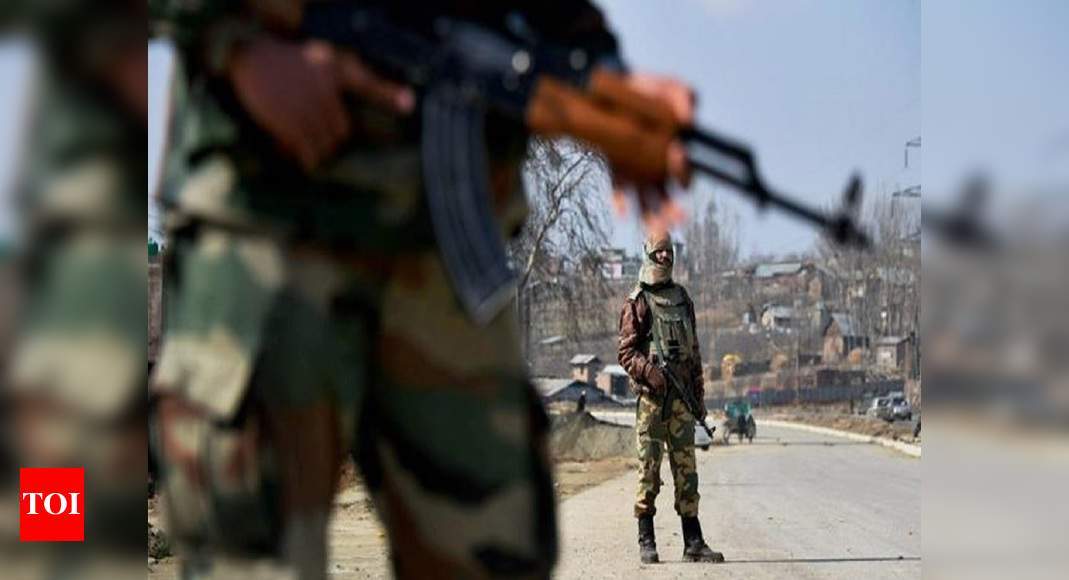 SRINAGAR/NEW DELHI: Six people — including a J&K Police ASI, a CPRF constable and four civilians — were injured in a grenade attack on a CRPF patrol party in central Kashmirs Budgam district on Tuesday afternoon.
“Terrorists lobbed a hand grenade at personnel of CRPFs 181Bn deployed at the main market in Budgams Pakherpora area, leaving six — including an assistant sub-inspector of J&K Police, a CRPF constable and four civilians — wounded,” a senior police officer said.
The injured security men, identified as ASI Ghulam Rasool alias Dilawar and constable Santosh Kumar, were admitted to Pakherpora sub-district hospital with minor injuries while the four civilians were shifted to Srinagars SMHS hospital for advanced treatment, doctors at the hospital said.
Meanwhile, J&K DGP Dilbagh Singh, while addressing reporters at RTC Humhama on the sidelines of the wreath-laying ceremony of the CRPF trio killed in Mondays Handwara encounter, said the ongoing anti-militancy operations will be further intensified across Kashmir and security arrangements have been stepped-up for the same. “We will continue to chase them to kill,” he added.
There have been continuous infiltration attempts of late, and some even managed to sneak in and mingle with terrorists already active in Sopore area and were on our radar. “In Handwaras Chanjmulla hamlet, the terrorists were chased for three days after which forces zeroed-in on their hideout. We, unfortunately, lost two Army officers, two soldiers and a police SI in the encounter,” DGP Singh said, while also condoling the death of the 14-year-old physically-challenged boy killed in the crossfire.
The Central security establishment sees the latest spike in terror attacks in Kashmir as a usual phenomenon seen during Ramzan when most terrorist groups get active and step up operations in the Valley. “This was not the case last year as the forces were on the top and neutralising terrorists in good numbers. With the anniversary of Battle of Badr approaching on May 11 (17th day of Ramzan), we expect terroristRead More – Source

State of emergency declared in Maldives