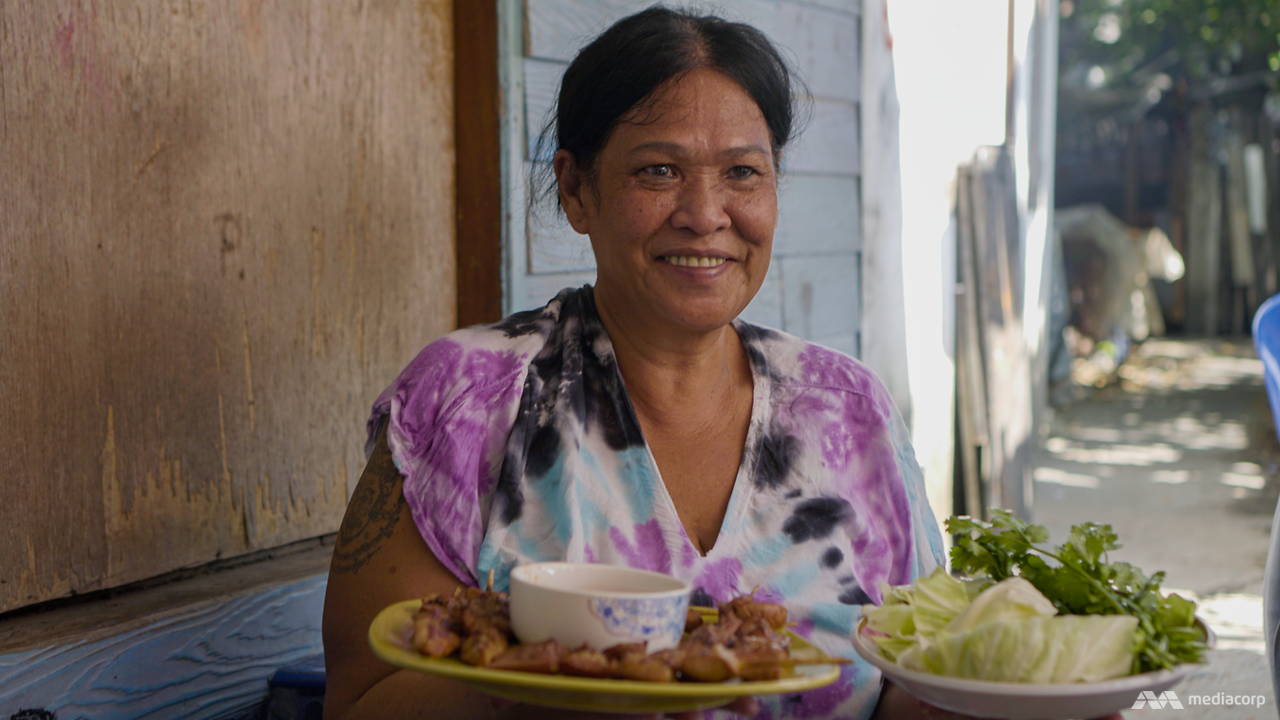 BANGKOK: Just two metro stops from Sukhumvits skyline of gleaming bustling malls lies a slum with a reputation for violence – a neighbourhood few visitors to Bangkok know about or dare venture into.

And in this slum, the citys oldest and largest, are mouth-watering and cheap delicacies like live shrimp salad and an Isaan dish of bile and pigs blood only for the brave.

“This is the Klong Toey slum. This area is known for drug sellers and other illicit activities,” said resident and street hawker Pranee Wiangnon, whos known as Big Mama there.

If someone gives you trouble, just tell me. Im not scared of the people here… No one will dare mess with me.

Fellow resident Sirathorn recounts how, when she moved in 30 years ago, drug addicts were always asking for money. “It took me a long time to decide whether we could settle down here for good.”

Despite this slums notoriety for crime, street hawkers like Big Mama and Sirathorn are at home here, serving one of the largest low-income communities in the capital, as Slumfood Millionaire discovers.

CATCH ME IF YOU CAN

Big Mama serves an unusual dish of “Dancing Shrimp” salad (Goong Ten), named so because the shrimp are very much alive and jumping on the plate when they are served.

“They dance and make a sound kadok-kadok,” she described. “Sometimes, people cannot grab any shrimp because they have all have jumped off the plate.”

The freshwater shrimp, typically used to feed fish, are found in the canals or rice fields of Thailand.

After tossing together some fish sauce, toasted rice powder, chilli, herbs and sour lime juice, Big Mama uses a net to scoop a fistful of shrimp from a fish tank, emptying them briskly into the mix.

“When the shrimp mix with the chilli, lime and fish sauce, they start dancing,” she said.

She sells this dish at 50 baht (S$2.10) a packet, and says that she cannot price it any cheaper as the ingredients are expensive. She advertises her food – which includes another signature dish, grilled pork kidney – on social media, and takes delivery orders by phone,

Event organiser Sombatsara Teerasaroch reveals how each “spoonful of shrimp will explode in your mouth” as the fresh ingredients and garnish react with the enzymes in ones saliva.

“It makes everything sweet and complete in your mouth. My mouth is watering,” he laughed. “I think it is an amazing dish. Its a Thai sashimi.”

Even more of an acquired taste is Sirathorns dish of meat salad with bile and blood (Larb Lerd Sook), which she also sells for 50 baht from a pushcart.

Sirathorn hails from the Isaan region in northeastern Thailand. Isaan cuisine, which uses fermented and preserved ingredients, is known for its fierRead More – Source