HomeAfricaWe have more in common than what separates us’: refugee stories, told by refugees
Africa 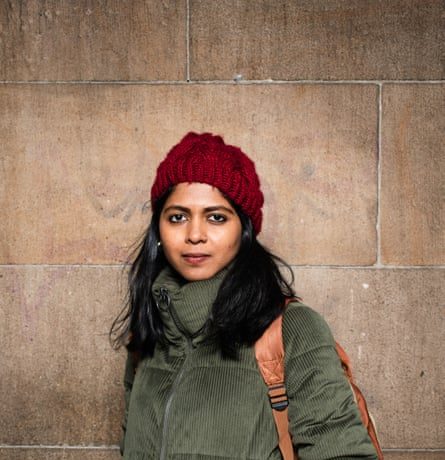 Robin Hammond has spent two decades crisscrossing the developing world and telling other people’s stories. From photographing the Rohingya forced out of Myanmar and rape survivors in the Democratic Republic of the Congo to documenting the lives of people in countries where their sexuality is illegal, his work has earned him award after award.

But for his latest project the photographer has embarked on a paradigm shift: to remove himself – and others like him – from the process entirely. Instead, as part of an in-depth exploration of the refugee experience in Europe, the stories of those featured are told by those who, arguably, know them best: other refugees.

“I’ve spent most of my career on the African continent being an outsider, telling other people’s stories, and I wanted to see if I could contribute to supporting the capacity of refugees to tell their own stories,” says Hammond, speaking by Zoom from New Zealand.

“We generally get so little page space or airtime that stories can sometimes be reduced [to] one or three stories meant to represent thousands, or tens or hundreds of thousands of people. And so I thought: is there a way that we can produce something that is different from that?”

The result is One Thousand Dreams, a project of remarkable ambition and scale that launches today: a curation of stories and photographic portraits of refugees, by refugees. So far Hammond estimates they have nearly 700 interviews and pictures; the aim is to get to 1,000. Each has been submitted by one of 40 refugee storytellers, some of whom, says Hammond, “had never picked up a camera before in their lives”.

The spur for the project was a desire to change the “predominantly toxic if occasionally well-meaning” narrative around refugees perpetuated in much of the European media, Hammond says. According to Witness Change, the nonprofit organisation he founded, that narrative either depicts them as “invading hordes threatening European identity and placing unsustainable burdens on social services” or as “helpless and hopeless victims”.

The reality is very different, and more complex. Or, as Ali Jehad, one of the storytellers involved in One Thousand Dreams, says: “We’ve got 80 million [forcibly displaced people] in the world right now. And then the few that the media tends to write about, that’s what … some people associate all refugees with.”

Among those featured in the project so far is a 29-year-old Iranian tattoo artist living in Sweden and missing his car, house, and, most of all, his family; a transgender woman from Pakistan who dreams of becoming a mother; a teenager who fled military service in Eritrea; a Nicaraguan journalist who longs for a hug from his relatives; and a 33-year-old atheist feminist activist who fled death threats from her family in Iraq and lives in Germany where she hopes to work as a biologist.

The list goes on – and the point is that the “refugee experience” is as far from homogeneous as it is possible to be. It is lots of different people, and their dreams.

“Most refugees, you know, at some point in our lives we were just living,” says Jehad, who has lived in Sweden since 1993 when he and his family arrived as political refugees from Iraq. “We got up, we went to work, we hated Mondays. We cooked for each other and we had dreams and ambitions and we wanted the same things as everyone else on earth wants. We wanted our loved ones to be happy, we wanted to grow old and comfortable – a little bit fat, you know. We have so much more in common than what separates us as people.”

Hammond denies that the project was born out of a frustration with the mainstream media’s treatment of refugees. He insists he has not fallen out of love with professional journalism. “I think what we do … is essential to any sort of free society. I would never want there to be a situation where only people from one particular group could tell their story and no one else,” he says.

“But there’s definitely an issue when a marginalised group like refugees never tell their own stories. They’re interviewed a lot but they’re almost never actually the authors themselves.”

Refugees are particularly vulnerable to having their narratives distorted in some way, says Hammond. “They arrive in a country where often they don’t speak the language … they don’t know their rights, and even if they do it’s really hard … to stand up for their rights, so they stay quiet and other people, well-meaning or not, tell their stories.”

Whether it is NGOs, journalists or politicians, he says, “everyone has their own agenda”. “Sometimes it’s well-meaning, but I think often we get it wrong, and sometimes the refugees contribute to that because they feel maybe they’re expected to tell a certain story,” he says. “So it’s a very different dynamic when refugees are interviewing each other. And I feel that comes across in these stories. I’d like to think so, anyway.”

Witness Change held the first workshops for the refugee storytellers in person in spring last year, before the coronavirus pandemic engulfed Europe. The rest had to take place online. The people chosen to be part of the project varied hugely in experience levels. Some had been professionals in their countries of origin and others started from scratch. “And what’s really interesting is that some of those people who had never done any of this before are the most amazing storytellers,” says Hammond.

A big part of the project, funded by Open Society Foundations, is refugees’ mental health. Interviewers were given strict guidelines on how to avoid re-traumatising or “othering” those they were speaking to while gently encouraging them to talk of the emotional impact becoming a refugee has had. What is clear, reading the stories, is that many were happy to speak out when given the choice and the space.

Aram Gholami, a 33-year-old Iranian woman, fled her home after she was attacked by her brother for wanting to marry a man he did not approve of. Gholami speaks of “feelings of anxiety and sorrow” when she recalls living in the Moria refugee camp in Lesbos. Now living elsewhere in Greece with her husband and their son, she still suffers: “I used to be a happy person but now I hardly laugh and feel quite melancholic.” Gholami dreams of continuing her studies – in obstetrics and gynaecology.

Shammi Haque, 27, from Bangladesh, sought refuge in Germany after her feminist blogs attracted death and rape threats. She now writes for Bild newspaper in Berlin, but being an outsider has led to bouts of depression: “Every negative thing, all those things come in my mind.” Still, she is no longer afraid. “I can say whatever I want. I can raise my voice,” she says.

Comfort, who fled an abusive family in Nigeria, was the victim of human trafficking and rape during her journey to the UK. She deals with the trauma by keeping busy with volunteer work in London. The pandemic lockdowns, though, have been hard for her. “When I’m inside the house, I’m another thing entirely,” she says. “Like, at times I just cower in a corner, like, scared of everything, scared of myself.”

Witness Change says ongoing mental health problems are often missed, even in sympathetic media coverage. The focus is on the immediate trauma of the journey and the long-term effects of attempting to settle and integrate in a different country are neglected. It is a subject close to Jehad’s heart. Since he came to Sweden he says the difficulties faced by new arrivals have grown significantly.

“We [had] just left the desert, literally, and three weeks later we were standing there next to an 800-year-old Swedish castle, listening to some Danish and Swedish war [being explained]. We didn’t know what was going on, but it was part of that process, and … it worked because it gave you the impression that these people care and these people want to integrate you into society. These days … refugees are used as a piece … in this political game that exists here in Europe … They don’t get that helping hand.”

Jehad hopes One Thousand Dreams will help communicate authentic refugee voices to parts of the European population who do not understand what many of them have gone through. Jehad, a Swedish citizen for more than 20 years, says he felt like an interpreter on the project. As someone who has seen the experience from both sides, he hopes to promote understanding and compassion and encourage Europeans to see beyond the “refugee” to the person.

“We’re all people, you know, and even though a lot of these people have gone through this, it wasn’t for nothing,” he says. “It just means that the dreams that they had in the past, they’re still living on with those dreams, but they just paid a little bit more than what others might have.” 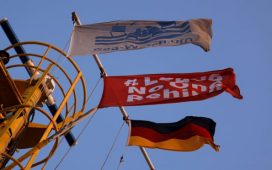 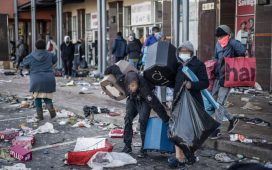 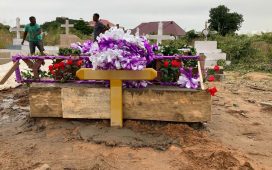 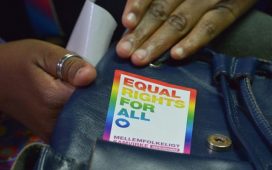 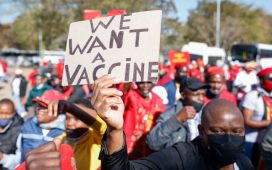 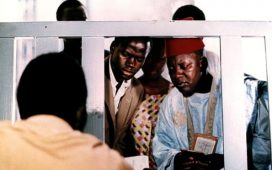