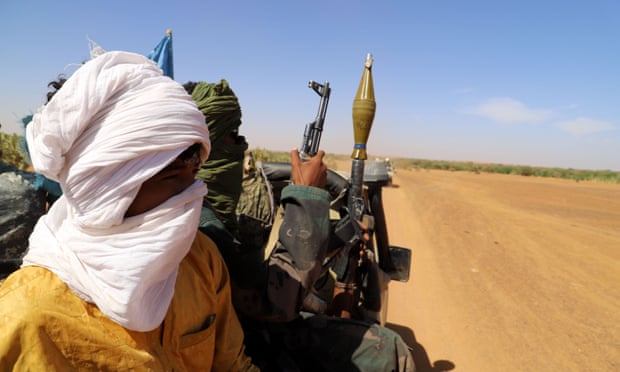 Militant violence and abuses by security forces have made sub-Saharan Africa the riskiest region in the world for business and investors, a new report says.

Seven of the world’s 10 highest-risk countries for militant violence are in the region with significant deteriorations in Mozambique and the Democratic Republic of the Congo (DRC), according to the annual Terrorism Intensity Index released on Friday by risk consultants Verisk Maplecroft.

Much of the concern was over Boko Haram’s attacks in west Africa as well as other militias in the central African Sahel, with a warning that conflict could continue to spread regionally.

The report highlights risks for companies and staff at sites and transport routes, and warns that government forces also pose a risk.

“Human rights violations and atrocities committed by security forces are drivers for recruitment by extremist groups,” he said. “More and more extremist violent organisations will use that narrative [to recruit].”

The Sahel has been the target of a coordinated anti-militant drive by regional governments, supported by France, but there has been a surge in the numbers of civilians killed by government forces this year.

Raymakers said that while militant groups had become more effective, government counteroffensives had often failed, and exacerbated core problems, because of abuses against civilians.

“Generally, the counterterrorism strategies taken are mainly military-focused, deploying military forces to seek and destroy armed outfits. The problem is thatthese groups are driven by a set of local grievances,” said Raymakers.

Burkina Faso, Mali, Somalia, Cameroon, Mozambique, Niger and the DRC were all classed as at extreme risk.

Mozambique had seen a dramatic change this year as militancy in its remote Cabo Delgado region which had previously been seen as a limited threat was now overspilling into the wider region and posing a serious challenge to security forces.

Rights groups have claimed that military abuses, neglect and the actions of companies seeking to exploit Cabo Delgado’s recent gemstone and gas discoveries have fuelled a “cocktail of violence”.