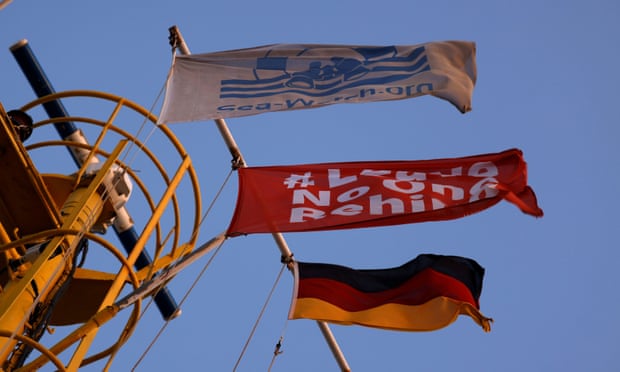 At least 57 people have died after a migrant boat capsized off the Libyan coast, taking the total death toll in the central Mediterranean in 2021 to almost 1,000 – four times as many as in the same period last year.

Flavio Di Giacomo, Italy’s spokesman for the International Organization for Migration, said the shipwreck raised the death toll to 987. “Last year there were 272. We must no longer hesitate, and do everything to strengthen the system of patrols at sea,” he said.

An initial reconstruction of events suggested that the boat, carrying people mostly from Nigeria, Ghana and Gambia, ran into trouble a few hours after the departure when the wind whipped up and the vessel capsized off the coast of Khoms, about 60 miles (100km) east of the Libyan capital of Tripoli.

“According to survivors brought to shore by fishermen, at least 20 women and two children were among those who drowned,” Safa Msehli, IOM spokeswoman in Geneva, said in a tweet on Monday evening.

Departures from Libya and Tunisia have increased in recent days with people smugglers taking advantage of summer weather, pushing the reception centre on the tiny Italian island of Lampedusa to its limit.

According to Di Giacomo, sea patrols by European authorities and vessels have significantly decreased in recent years, leading to a rise in deaths.

“Today, when migrants send out distress calls after their departures, it takes hours for the authorities to intervene and when they do it is often too late,” he said.

In addition, dozens of investigations have been launched by Italian prosecutors against NGO rescue boats in recent years, with their vessels seized and therefore prevented from returning to sea to save lives.

More than 1,500 people have arrived on Lampedusa in three days while tens of thousands are being intercepted and pulled back by the Libyan coastguard to detention centres in Tripoli where migrants are subjected to torture and abuse, according to charities and aid workers.

In June, Médecins Sans Frontières decided to suspend their services from two detention centres in Tripoli due to the unacceptable violence against detainees.

On 15 July, Italy’s lower house of parliament approved renewed funding for a training programme for Libya’s coastguard, which has faced numerous accusations of alleged collusion with people smugglers and of mistreating asylum seekers.

Early in July, prosecutors in the Sicilian city of Agrigento launched an investigation against Libyan officials after footage emerged appearing to show its coastguard firing on a boat of migrant families in the Mediterranean.

Over 18,000 asylum seekers have been brought back to Libya so far in 2021, double the number of last year, according to the UN refugee agency, UNHCR.

8 people, including French aid workers, killed in an armed attack in Niger

Nigeria’s Nollywood gets creative in response to Covid-19