At least five people were killed in a gun and bomb attack by suspect.. 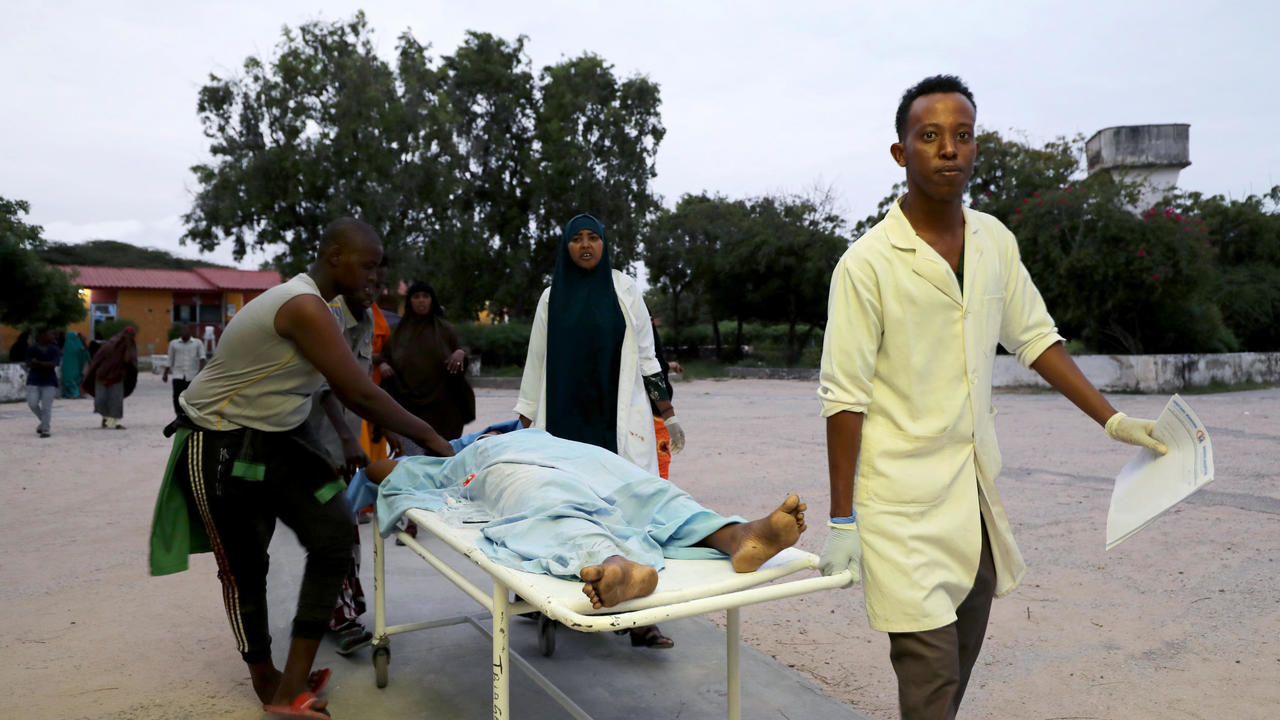 At least five people were killed in a gun and bomb attack by suspected Al-Shabaab fighters on an upscale beachfront hotel in Somalia's capital on Sunday, officials and witnesses said.

Security forces were struggling to regain control of the Elite Hotel in the Lido beach area more than an hour after the assault began, and the assailants appeared to have taken hostages, government security official Ahmed Omar told AFP.

"There is still sporadic gunfire and the initial information we have received indicates five people died and more than 10 others were wounded," he said.

"The death toll can increase because the blast was massive and there is a hostage situation involved."

Aamin Ambulance, a Mogadishu-based private service, reported that at least 28 people were wounded.

Witnesses confirmed that the attack began with a heavy explosion and reported that people were running from the area as gunfire could be heard from the hotel, which is frequented by government officials.

"The blast was very heavy and I could see smoke in the area. There is chaos and people are fleeing from nearby buildings," said witness Ali Sayid Adan.

The dead included at least one government official: Abdirasak Abdi, who worked at the information ministry, said his colleague Hussein Ali.

There was no immediate claim of responsibility for the attack, but it was similar to others carried out by the Al-Shabaab jihadist Read More – Source

Asia shares pause near highs, eyes on US yields

Tensions rise in Nigeria as some 2,000 inmates escape in attacks on prisons