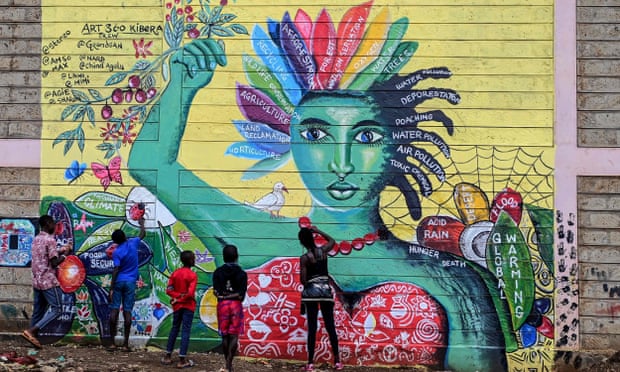 There is growing alarm in Kenya over a shocking rise in the number of suicides in the country.

Almost 500 people are reported to have killed themselves in the three months to June this year, more than the whole of 2020, according to the Kenyan police.

The youngest person to take their life was nine years old; the oldest 76. The 483 deaths recorded during the period were a marked increase on the annual average of about 320 cases, the Ministry of Health reported.

George Kinoti, who heads the police directorate of criminal investigations, said: “We have never recorded such a high number of suicides before and this is not only alarming but calls for urgent remedial measures.”

No reasons have been given for the increase by the Kenyan authorities but a report published in June by the World Health Organization (WHO) said: “Suicides happen impulsively in moments of crisis with a breakdown in the ability to deal with life stresses, such as financial problems, relationship breakup or chronic pain and illness.” It added that in 2019, “over 77% of global suicides occurred in low- and middle-income countries”.

Last year the Kenya National Commission on Human Rights (KNCHR) said 1,442 Kenyans attempted suicide between 2015 and 2018, which it said were conservative figures as only a fraction of cases were reported.

The organisation linked the rise in cases to mental ill-health caused by a breakdown in socio-economic safeguards, saying it was the “last resort and path of escape for individuals with unaddressed mental health needs”.

“Research has shown that structural determinants of mental ill-health such as extreme poverty, lack of access to empowerment opportunities and discrimination increase the likelihood of individuals committing suicide,” the KNHCR said.

“Unfortunately, suicide prevention measures in Kenya have often failed to address these root causes and instead incorporated fewer effective approaches, including punitive measures.”

Eddy Kimani, a celebrated media personality in the country who battled bouts of mental ill health, said Kenyan men were more prone to bouts of depression that lead to suicide due to stereotypes about what “it means to be a man”.

“Men are generally taking their lives in Kenya because of the warped understanding of what it is to be a man. An African man guards up his feelings because he fears the repercussions in a society that has taught men that they do not cry, that they are not supposed to show their emotions or be vulnerable.

“There are men who would rather go for a prostate check than see a psychiatrist or a counsellor,” he said.

The KNCHR report said efforts to address the root causes of suicide were hampered by the criminalisation of attempted suicide.

Section 226 of Kenya’s penal code says “any person who attempts to kill himself [sic] is guilty of a misdemeanour”, which the human rights body likened to “re-victimisation of already vulnerable victims” while placing those already socially and economically vulnerable people at even greater disadvantage.

Globally, 703 000 people take their own life every year, with the WHO stating that suicide was the fourth leading cause of death among 15- to 29-year-olds in 2019. The WHO cited poor data, lack of awareness of suicide as a major public health issue, and the taboo in many societies around openly discussing suicide as obstacles to fighting the problem.

* Help is available in the UK and Irish Republic by contacting Samaritans on 116 123 or email [email protected]. In the US the National Suicide Prevention Lifeline is 1-800-273-8255. In Australia the crisis support service Lifeline is 13 11 14. Other international suicide helplines can be found at www.befrienders.org

Hundreds killed in attack on villagers in Mali

More than 30 civilians killed in attacks in eastern DR Congo

Mandela’s chosen one gets his turn in office