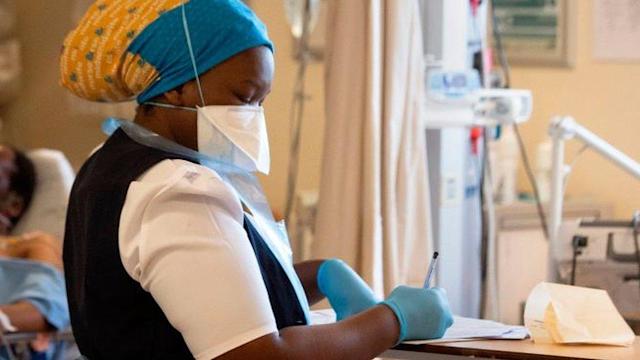 Africa now has the highest death rate in the world among adults who become critically ill after contracting Covid-19, according to new data.

The African Covid-19 Critical Care Outcomes Study (ACCCOS) published in The Lancet observed 64 hospitals across 10 African countries between May and December 2020 and recorded the deaths of 1,483 patients from the respiratory disease out of 3,077 cases, giving the developing continent a mortality rate of 48.2 per cent, considerably higher than the 31.5 per cent global average.

Its authors attribute the disturbing discrepancy to a lack of intensive care resources and an underuse of those available, noting that half of patients died without being given oxygen and that, while 68 per cent of hospitals had access to renal dialysis, only 10 per cent of severely-ill patients (330 out of 3,073) actually received it.

“Our study is the first to give a detailed and comprehensive picture of what is happening to people who are severely-ill with Covid-19 in Africa, with data from multiple countries and hospitals,” said Professor Bruce Biccard from Groote Schuur Hospital and the University of Cape Town, co-leader on the research.

“Sadly, it indicates that our ability to provide sufficient care is compromised by a shortage of critical care beds and limited resources within intensive care units.”

He added: “Poor access to potential life-saving interventions such as dialysis, proning (turning patients on their front to improve breathing), and blood oxygen monitoring could be factors in the deaths of these patients, and may also partly explain why one in eight patients had therapy withdrawn or limited. We hope these findings can help prioritise resources and guide the management of severely ill patients – and ultimately save lives – in resource-limited settings around the world.”

Prior to the ACCCOS, information on how the coronavirus was affecting critically ill patients in Africa was in short supply.

To address the evidence gap, its researchers aimed to identify which human and hospital resources, underlying conditions and critical care interventions might be associated with mortality or survival in over-18s admitted to the continent’s intensive care units.

Their observational study focused on hospitals in Egypt, Ethiopia, Ghana, Kenya, Libya, Malawi, Mozambique, Niger, Nigeria and South Africa, where all participants received standard care and were followed up for at least 30 days unless they died or were discharged.

Modelling was used to identify the risk factors associated with death.

The study estimates that dialysis provision needs to increase by approximately seven-fold and the availability of extracorporeal membrane oxygenation (ECMO) approximately 14-fold to provide adequate care for the critically ill.

People with pre-existing conditions were found to be at greatest risk. Having chronic kidney disease or HIV/AIDS almost doubled the chance of death, while chronic liver disease more than tripled the risk of dying. Diabetes was also associated with poor survival. However, contrary to previous studies, being male was not linked with increased mortality.

“The finding that men did not have worse outcomes than women is unexpected,” said co-lead Professor Dean Gopalan from the University of KwaZulu-Natal in South Africa.

“It might be that the African women in this study had a higher risk of death because of barriers to accessing care, or care and limitations or biases in care when critically ill.”

Compared with survivors, patients who died were also more likely to have a higher degree of organ dysfunction and require more respiratory and cardiovascular support on admission to intensive care.

“Although our younger demographic means that most countries in Africa have avoided the large-scale mortality seen in many parts of the world, in-hospital mortality is suffering from being under-resourced, with only half of referrals admitted to critical care because of bed shortages. Patient outcomes will continue to be severely compromised until the shortfall in critical care resources is addressed.”